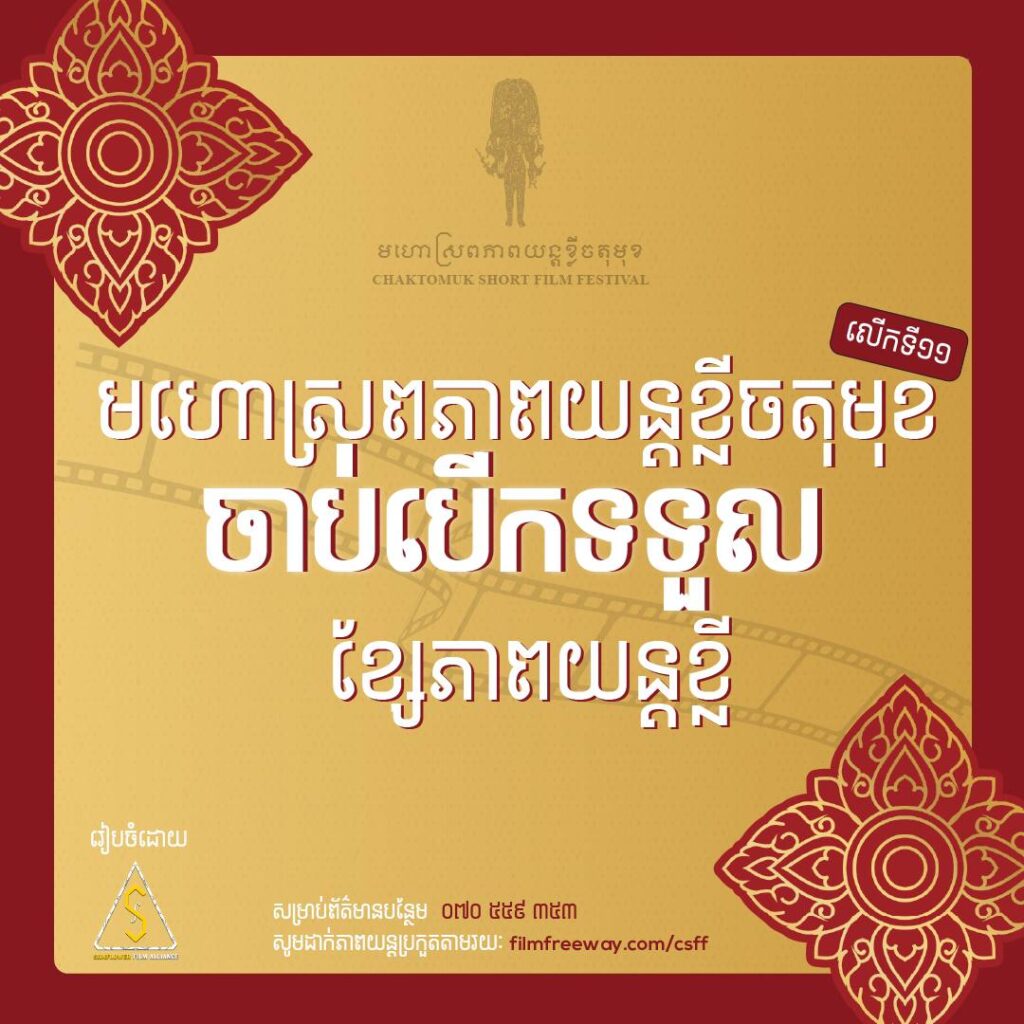 Submit your short film now to us via www.filmfreeway.com/csff by this June 15th!

Chaktomuk Short Film Festival (also known as CSFF) has been Cambodia’s largest officially recognized international-grade short film festival since its founding year, 2012. This annual platform for young filmmakers has been established to showcase their creative works without heavy investment to the mass. CSFF’s impact is known to celebrate the culture of short films, in Cambodia for Cambodian youth who love films, to showcase their works, to gain more knowledge about the film industry, and to bridge them with this sector for its improvement and expansion in the future and also for international markets.

The whole festival momentum consists of many crucial milestones such as Press Conferences, Chaktomuk Film Insight, Sunflower FilmCamp, outreach campaigns, and many other rewarding programs. The screenings and events are conducted within the last quarter of every year, at Chaktomuk Theater as our primary venue (and all digital cinemas in Phnom Penh, as our secondary venues). This year, due to the ongoing pandemic, our 10th edition (stylized as X-Edition) is going to be held online, with the live streaming on our Facebook Page, for its very first time. This edition will screen a variety of short films selected from both 2020 (then, cancelled) and 2021 (current).

Initiated by Sunflower Film Alliance (known as Kon Khmer Koun Khmer film collective until 2017), it has been designed as a go-to starting pad for many up and coming Cambodian filmmakers who go on to building great careers of their own.